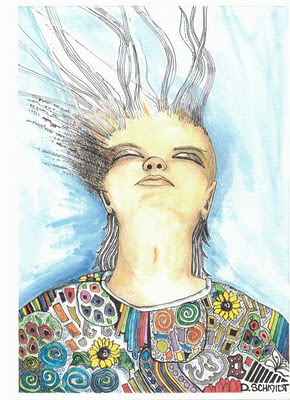 One holds that our "spirit" can actually travel faster in time than our earthbound bodies so it charges off into the future from time to time for reasons we can't explain. 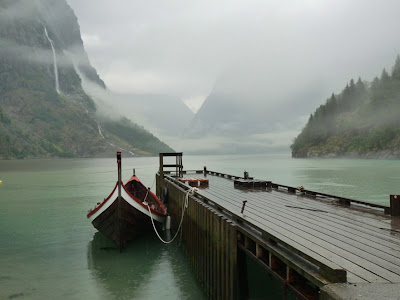 Each January I choose a word to focus on for the year. For 2016 my word is LISTEN.

Relating to my word, I came across this beautiful story narrated by the prominent Buddhist teacher and Psychologist Jack Kornfield. It touched my soul and I felt I needed to share it with my blogging friends.

"In Africa. There is a story that illustrates the quality of listening that can come through meditation.

In a particular East African tribe or village when a child is born they don't count the birthday of that child from the day the child comes from its mother’s body or even the day it is conceived as in certain other cultures, but rather from when that child was first a thought in its mothers mind, that is the real birthday.

And as soon as the mother realizes that she would like to have a child with this particular partner, she will go off and sit out in a field under a tree, and listen, and wait until she can hear the song of the child that wants to be born in her heart that will come from the wedding or the coming together with this particular man.

And when she hears this song, she sings it to herself, and then returns back to the village and teaches it to her partner so that when they make love together, joined together in love, they sing this song and invite this child to be born.

And later as she is pregnant. She sings the song to the child in the womb and teachers it to midwives so that when the child is born the first song or sound that it hears is those gathered around singing its own unique song.

And as the child grows the people of the village learn the song of this person so that when he falls or she falls and hurts herself someone picks her up and sings her song to her, or in the rites of passage or rituals of the village the song is sung, the wedding ceremony where both songs are sung until finally even at the end of life, the song of this child now as an old man or women is sung for the last time, and say their last words...

When I first heard the story in it touched in me a longing to live in a place where we heard one anothers songs, where we were so in tune with ourselves and with one another that we could greet each other in that way, to meditate allows us to hear the song within ourselves and to be respectful and hear the song of those around us."
~~ Jack Kornfield

Do you know your song? Can you hear the song of others?

Take the time to listen.

"Listening is a magnetic and strange thing, a creative force. When we really listen to people there is an alternating current, and this recharges us so that we never get tired of each other. We are constantly being re-created."
~~ Brenda Ueland