OK, we get it. People in Iceland are perpetually cold. But does that mean they have to take it out on the rest of us? For the past couple of decades, they've been doing their best to bring the world to its knees.

First it was the export of Bjork, a woman whose singing pitch causes seizures among laboratory mice. Then it was the global financial crisis, with Iceland queueing to be the first country to go broke, after a collapse in the futures market for herring.

The Icelandic economy still had its AAA credit rating but the three A's were henceforth followed by the letters RRRGGGHHH. Suddenly, everyone realised Iceland mainly consisted of ice — a fact, you may think, the Icelanders had disclosed when they named it Iceland.

Still, no one was more surprised than the world's financial experts — a group of people who were already shocked to discover that unemployed people in the US's south sometimes found it hard to repay their home loans.

In the aftermath of these revelations, the world demanded that Iceland start paying its way. In response, Icelanders have developed a new export industry: ash.

They are distributing it by air, all over Europe, sourcing it from a volcano, the pronunciation of which is impossible unless the speaker is simultaneously regurgitating fish.

Traditionally, when a volcano went up, the response was to throw in a few virgins to propitiate the gods. Presumably, the world's airlines tried gathering cabin staff for sacrifice but were stymied when Qantas couldn't find any virgins.

I find myself spluttering with arrogant questions. Can't we just pour concrete into the volcano? Or blow it up? Or have Bjork sing to it?

Apparently not. We are like ants running around this thing. It's a power beyond us: a super-sized lava lamp with a missing "off" switch.

Annemarie and I are flying to Norway on 13th July and return 27th July. I hereby ask (plead) Eyjafjallajokull to take a vacation as well, in the depth of your own being and curtail any eruptions until after those dates.....or for another few hundred years!


"The great thing, if one can, is to stop regarding all the unpleasent things as interruptions of one's "own" or "real" life. The truth is of course that what one calls the interruptions are precisely one's real life---the life that God is sending one day by day: what one calls one's "real life" is a phantom of one's own imagination."
~~C.S. Lewis 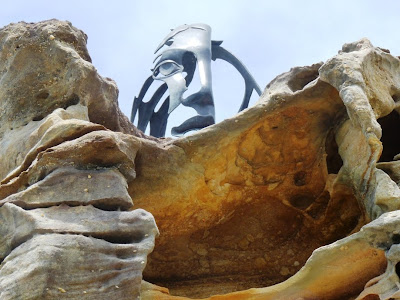 Centre of the Road

I've spent much of my life walking down the centre of the road.

I tell myself it's important to be safe. Security comes first.

It's a hard cruel world, so I'd better play it safe now than be sorry later.

But nothing is more certain than if I walk down the centre of the road, I am going to be hit by the traffic coming from both directions.

Playing it safe is the most dangerous thing I can possibly do.

So I am going to dream the impossible dream and start walking towards it.


Lyrics from Left of Center by Suzanne Vega

"If you want me, you can find me,
left of center, off of the strip
in the outskirts, in the fringes,
in the corner, out of the grip" 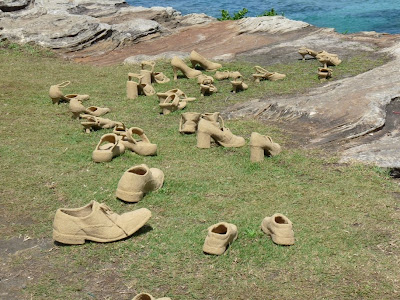 when you were a kid

and you'd lie in the grass on your back

and watch the clouds scud above you

and dream of what you were going to be when you grew up?


"Downside up, upside down
Take my weight off the ground
Falling deep in the sky
Slipping in the unknown"
~~ Peter Gabriel 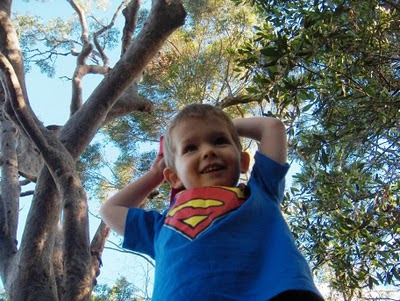 If you don't know where you are going, then how will you get there?

make pictures in my mind.

make myself a road map.

study it every day until I know the way and the destination by heart.

see myself the way I want to be when I arrive.

"Without this playing of fantasy, no creative work has ever yet come to birth. The debt we owe to the play of imagination is incalculable."
~~ Carl Jung


I wonder what my cat Wilson is visualising? - Taken in February 2008 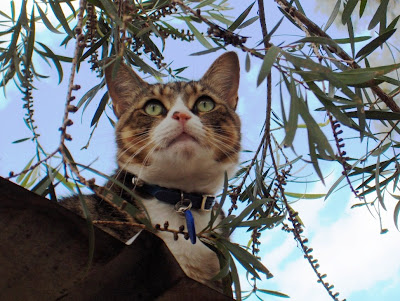 A Friend of the Truest Kind

is someone who keeps your secrets

and never divulges them, even if tortured -

or worse, tempted with chocolate!

is someone who quietly destroys the photograph

is someone who knows you don't know

what you're talking about, but allows you to reach

that conclusion on your own.

is someone who goes with you on a diet -

and off it too.

is someone who doesn't say "I told you so."

A friend of the truest kind is kind and true.

"Life is partly what we make it, and partly what it is made by the friends we choose."
~~ Tennessee Williams American playwright. 1911-1983) 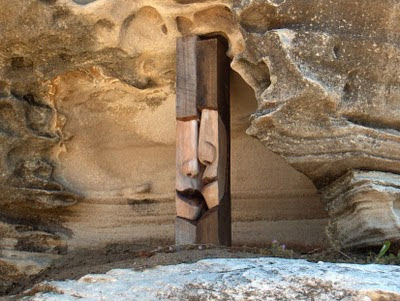 I have been thinking about synchronicity quite a bit lately.

According to wikipedia "Synchronicity" is the experience of two or more events that are apparently causally unrelated occurring together in a meaningful manner. To count as synchronicity, the events should be unlikely to occur together by chance.

The term was coined by the famous psychologist Carl Jung who used it to explain occurrences like a beetle flying into his studio just as a patient was discussing a beetle in his dream.

Carl Jung also believed in clairvoyance, telepathy, ESP, telekinesis, and astrology; he believed in what he called a "collective unconscious", a sea of consciousness in which we all swim.

What distinguishes synchronicity from coincidence is meaning. Synchronicity is the experience of meaningful coincidences. I believe that life is not a meaningless string of random experiences that happen to us and over which we have absolutely no control.

I believe there are no un-meaningful coincidences!


"The intellect has little to do on the road to discovery. There comes a leap in consciousness, call it Intuition or what you will, the solution comes to you and you don't know how or why"
~~ Albert Einstein

I was out bushwalking in Cromer, Sydney on Wednesday and came across this heart carved out in a stone.....it made me smile. 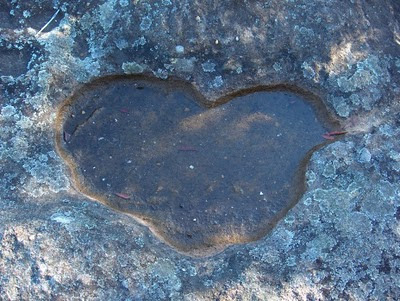