Only Through My Own Eyes

Our adventures and personal experience colour every facet of our lives. How I view events, people, situations and places must be different to the way you view them.

I am still surprised at the differences between the account of my brother, my sister and me when we recall childhood events and their impact. Occurrences that are huge in their memories are minor in mine, even though I was present - and of course the opposite is also true.

Who am I? Who are you in relation to others in your family? As the middle child of three children, my life was obviously different to those of my brother and sister. Our personalities are different, our experiences are different.

My view of life is absolutely shaped by a million conversations my brother and sister were not present to hear, as well as fortunate meetings, happy events and disappointments I experienced when they were not around.

I can see life accurately only through my own eyes, not my mother's, my father's, my brother's or my sister's. I can practise seeing part of myself in everyone I meet. I can appreciate, but never fully understand, the complexities that have shaped others. The only person I can work on is myself.

Every event and conversation I have is coloured by who I am and my values. I attempt to have a clear perspective. I attempt not to judge. I attempt to weigh the pros and cons and let the facts speak their truth.

The only way I have found a reasonable path through this dilemma is to listen, question, and listen some more.

I work at not hurrying to provide answers. I am a sounding board for others, I have decided, and more and more I realise the person talking has his or her own answers. They just haven't identified them yet! 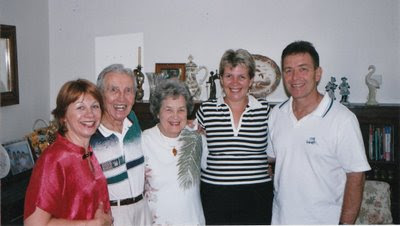 One minor source of relief on our traffic-congested streets is the mind games that may ensue when our eyes fix on some interesting text.

It's usually right in front, for which we become a captive viewer. It happened to me again on Friday. Cleveland Street, in peak hour. I'm drumming fingers on the wheel impatiently, as, too, is the driver in the lane beside me. In front there's a monstrous truck, wide enough to stop me seeing beyond it, making me feel wedged in and stuck. In big letters the sign on the back says: "The only thing we leave is a memory".

It's a case of understanding the words but failing to understand the intended meaning. Because I have no idea who "we" refers to and because "leave" can mean any of a thousand things (eg the plane leaves at three; he leaves a widow and two children; four from eight leaves four; he left the others for dead; he leaves me cold; she's on leave without pay; I'll leave you to it), I'm at a loss to create meaning from these words.

It's a good example of how constructing meaning from a message is far from automatic or safely assumed.

And "memory" is such an evocative word, such an abstract noun. You can't go down to the corner shop and buy a "memory", hold it in your hand, look at it, do something with it. It takes you into the realm of the conceptual.

The lights way ahead turn green but rather like the stage directions in Beckett's Waiting for Godot, no one moves.

Congestion - whether it's on the roads, in the sinuses or the arteries - makes movement difficult.

"The only thing we leave is a memory." Is this a promise? Or a threat? Should I be relieved? Or worried? I resolve that the only recourse is to overtake the truck, at the earliest opportunity and without risking life or limb, so as to see what else may be written on it. More words may throw more light, allowing me some closure on the memory statement.

Eventually the opportunity emerges and I take my chance. As I pass alongside the truck, I see more letters and within a moment I can make them out.


If these chairs could talk what memories would they share - Kirribilli, April 2009 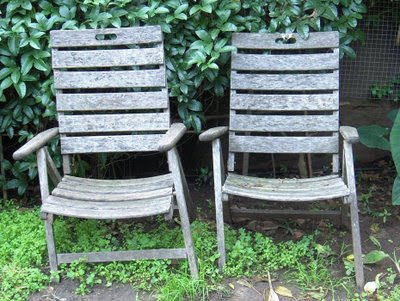 Newsflash - Another Bolt of Lightning! 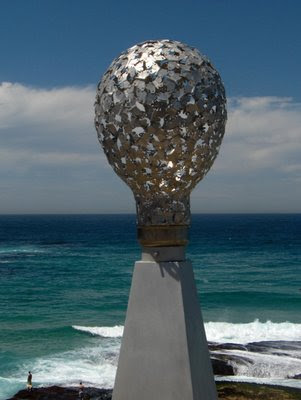 Talk about a lightning bolt, but after 30 years of yo-yo dieting and a weight that's more volatile than bank shares on the Dow Jones, I have had a blinding flash of inspiration. I will now attempt to share it with you.

The thing that I have never been able to understand is this. For weeks I can be as disciplined as Madonna. In that mindset, I can sit for an hour looking at my favourite cake and not eat a crumb of it, telling myself, quite reasonably, that I already know what it tastes like.

I can happily enjoy a fruit salad for dessert while my girlfriends share the sticky toffee pudding, or (best of all) I can have one loving spoonful and leave it there.

Eating like that I lose the weight, so I feel great and everything in life - from getting dressed for a cocktail party to walking downstairs with the laundry - seems easier and more enjoyable. Then something goes snap in my head and that willpower deserts me. Or, maybe I should say desserts me.

It starts with a gentle slide into depravity, allowing myself to be a little more lax: because I'm a thin person now, I'll have the pudding and the extra three glasses of wine. Very quickly it's open season and, after a dangerously deluding delay (fat lag), this leads to weight gain.

The day I go out a notch on my belt is the beginning of the end: I'm a fat bastard again, I might as well just stuff myself. The next thing you know, it's another belt notch or, if it's really bad, a new belt, and the hardest thing is to switch from that mode back into Madonna head. This is the bit I've had a revelation about.

What I have just understood is that when I'm in Pig Face mode, I don't really like myself very much. My self-esteem tanks and - here's the thing - somewhere deep down inside I don't think I deserve the joy of being slim me.

So it's not as simple as having no willpower - I've got it in spades - but when I'm in the Hate Myself swamp, I don't allow myself to use it. I'm a bad fat person and I don't deserve to be happy.

So overeating is not so much a comforting indulgence as a subtle form of self-harm.

Does that make any sense? It's a powerful self-destruct mechanism and I've only just understood it in myself. Then, in the synchronistic way of these things, I turned on the TV last night and there was a program about teen obesity that came to exactly the same conclusion: before you can start to lose weight, you need to build up your self-esteem until you believe you deserve to be the slim you.

It's pretty twisted, but I really think this is the nub of it. So, armed with this new understanding, what are the practical steps you can take?

Well, crash diets are hopeless, but a healthy eating program that has a strict two-week starter plan really works. I did one where you ate exactly what it said on the leaflet for the first fortnight, then after that you could design your own menus on a looser framework. I lost 1.5 kilos initially, which gave me the self-esteem boost to carry on freestyle.

So that's my flash of insight. And now I'm off for my daily walk without dragging my feet. 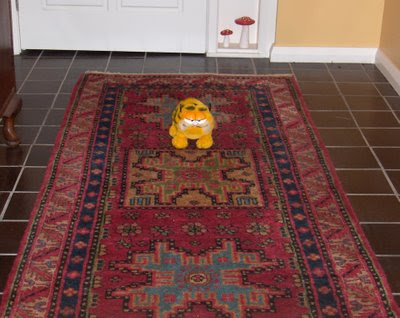 The state of being a doormat is not one we wish upon ourselves. Far from it. It's the last thing anyone wants. It's a cunning subtle process that creeps up on you, until one day you realise you have achieved doormat status with one person in particular. You have given away your power!

I've lived this one. It took time and distance to realise that there are better ways of living my life than succumbing to victim mentality and submissiveness. I found it was important to rescue the situation so I could be in control of my life. That's when I decided I wouldn't be a doormat again.

When we are single or have left a work situation in which we were submissive, it seems so easy. "That's never going to happen to me again". I found it never just "happens" to us anyway. We allow it to happen. No one in the world wants to be the type of person who lets others wipe their feet all over us so that we become worn and tatty. How much sweeter to be admired and acknowledged because of our ability to respectfully and courteously speak our truth.

I have discovered that when new relationships begins that I need to be careful I don't set up the same circumstances once more. It's time to examine my motives, actions and expectations. It's time to speak honestly about my values and desires and consistently live them.

Reading Babette Bensoussan's quote, I realised that moving to the status of Persian rug in a relationship was the only way to be happy. So like a bolt of lightening, the obvious struck me. I needed to buy a Persian rug to have a constant presence of commitment to myself!

One Saturday morning I went along to a neighbourhood store and purchased one with a traditional pattern that sang loudly to my soul. Now, as I work in my home office, the wonderful rug is beneath my feet.

The very first night I had the rug in place, I poured myself a glass of wine, lit two candles and sat cross-legged on it. Its effect as a flying carpet couldn't be overlooked. It is now a constant reminder of my Persian rug status and a powerful prod to remind me to never be a doormat again.

It's commonplace to do all right or be somewhere in the middle.

Being bottom or near the bottom has merit.

It means we are not interested in the run-of-the-mill way in which we are being taught....Our mind is elsewhere.

Many people who bottomed out at school have gone on to be rich and successful, not due to their pass marks, but because of their IMAGINATION.

So in order to succeed in our FAILURE, we have to think of our failed situation as a good place to start from.

Good marks will not secure you an interesting life.


My cat, Wilson has never read the "cat manual". He brought home these toys from the pre-school up the road. One toy each night. He was rather disappointed when I returned them! 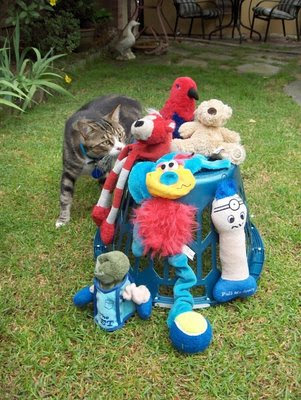