Autumn is a gorgeous time of year when nature gives us a spectacular show of colour and richness to enjoy before we are plunged into winter.

As I walk around my neighbourhood my heart sours as the russets, golds, scarlets, crimsons and the purples of all those wonderful autumn leaves fill my eyes with their beauty.

"Delicious autumn! My very soul is wedded to it, and if I were a bird I would fly about the earth
seeking the successive autumns."
~~ George Eliot


"Winter is an etching, spring a watercolor, summer an oil painting and autumn a mosaic of them all."
~~ Stanley Horowitz


Here are some photos I took recently to attest to it's wonderment. I have included my favourite one as the header photo. 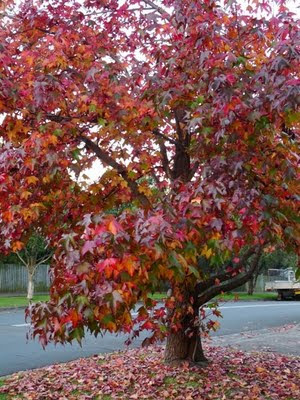 Outside the front of my house where I play in the leaves of the Liquidamber tree each day. - 23 May 2011 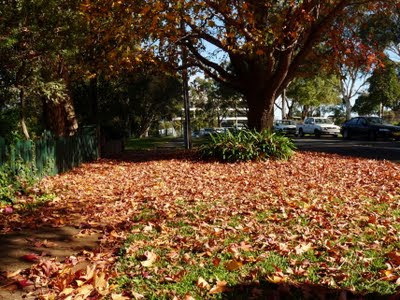 This is Diego, my next door neighbours cat, he followed me around while I was taking some photos at the front of my house and insisted in being included in the Autumn photo shoot as he blended in well. - 23 May 2011. 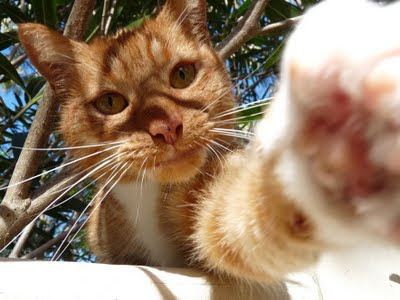 I am in the process of ordering things.....Not Around......Just figuring out some new sequences and structures and putting things in their place.

Ending things that need to be ended.

Closing all the doors that need closing.

Here are the questions I’m asking myself today:
So. Here’s what came up.

What doors can I close right now?
Well this is a tricky one and the jury is still out on this one.

What would make my life easier and/or better right now?
A grilled avocado and cheese sandwich.

What will make this more lighthearted and playful?
Going for a walk to clear my head before I need it.
Music.

What here needs order?
The sequence of doors that need closing.

And what here could do with a little intentional chaos?
Everything, probably. When I intentionally step into chaos in order to regroup, I intentionally choose the flailing and the confusion to force the brain to generate creative solutions.
And then I systematically build new patterns.

What else will give me that sensation of intentional chaos?

What can I turn upside down?....or downside up?

I’m going to mess up the pile and spread it all over the floor.

And then pretend that there is a sequence to it. And look for clues.
And then eat a grilled avocado and cheese sandwich!

Big love to you all on this seriously Sunday-esque Sunday!


This is Diego, my neighbour's cat, who visits every day. He is wondering why the cat door is closed! - January 2009 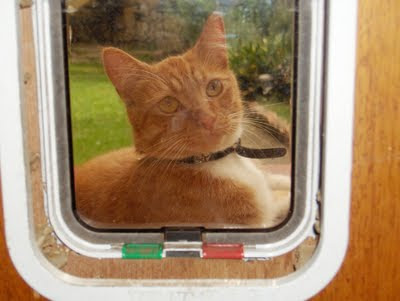 How the Waratah Became Red 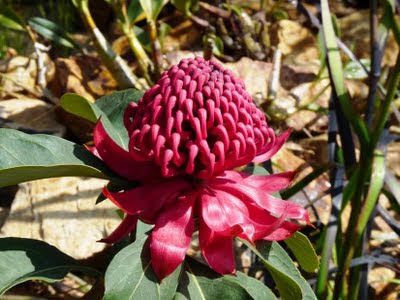 Way back in the dreamtime when all the plants and animals, trees and humans were being formed there lived an Aboriginal Tribe in the shadow of a story mountain.

On the side of the mountain there were flowering plants and among them the waratah which shot up above the other plants looking bold and beautiful. Most of the flowers were coloured white. Among them lay a red-bellied black snake called Gurri-Gurri. He found a nice warm spot on the top of the waratahs in the sun.

The women of the tribe came to dig for yams. A young baby girl had seen the snake laying in the sun and crawled towards him. She need not have feared Gurri-Gurri though because he was her totem and her protector. A woman saw Gurri-Gurri just as he lifted his head into the child’s lap and she hurled her digging stick at him.

Quickly Gurri-Gurri wrapped himself around the infant so the sticks wouldn’t hurt her. But the women threw more and more sticks and Gurri-Gurri’s blood began to spill on to the waratahs as he crawled away.

The sun came out and shone down on the waratahs, making them grow tall and strong. Their vivid red colour still marks the connection of plants and animals to mother nature. The red-bellied black snake still lies among the waratahs looking for his sun spot.

This Aboriginal dreamtime story and many others, we relate each week to the children who attend Mt Druitt Learning Ground in Sydney. The stories take my breath away.

"When I dream, I am ageless."
~~ Elizabeth Coatsworth

Nonce words live and die in the moment, or that's the usual fate of Nonce words.

For example Pandora, the planet in the James Cameron movie Avatar , there the blue people speak a language called Na'vi, where trr'ong means dawn and frawzo is wonderful.

Paul Frommer, the American linguist invented the ET-speak from scratch, a language that sounded unearthly yet could still be uttered by humans. In short, an A to Z of nouce words.

Anthony Burgess did likewise in A Clockwork Orange, his fable of urban decay written in 1962. Alex and his fellow droogs (or mates) speak a slang called Nadsat, a hybrid of Russian and Cockney rhymes. Deng is money and bezoomy - mad.....neither word slated to survive beyond the novel's covers.

Because that's what happens. We see a nonce word we like and adopt it. We feed it milk (and oxygen) much like a stray cat.

This happened to the word quark. It was sitting unloved in James Joyce's Finnegan's Wake when a New York physicist called Murray Gell-Mann plucked it off the page and used quark to label one of the three hypothetical particles that form the basis of our Universe......Quite the honour, when you think about it!

As readers, we fall in love with inspired nonsense. We refer to runcible spoons (Edward Carroll) and mimsy wabes (Lewis Carroll), despite not grasping what the terms truly mean. From doh to supercalifragilisticexpialidocious, we collect nonce words like sea-shells. And the moment we pick one up, the term outlives its own transience to become a genuine part of speech.

"Slang is a language that rolls up its sleeves, spits on its hands, and goes to work"
~~ Carl Sandburg


This very friendly Magpie, that enjoyed sharing our apple in Palm Beach, Sydney, had a very quizzical look on her/his face as I was talking to him/her. Maybe I was talking Nonce! - 12 March 2011. 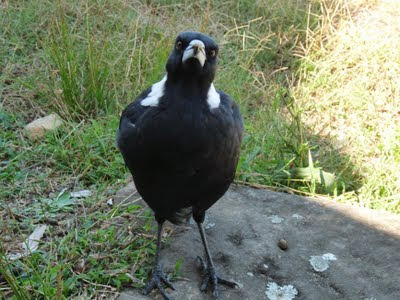