Please join me on Thursday and lets create a ripple effect that will last all year.....until 2011 when we can do it all again.......like Ground Hog Day!

One good deed might not seem like much, but if everyone did something good for someone else then the cycle of generosity and kindness can spark us to become better people.

Operating on the premise that we all have it in our power to help another, one individual truly can change the world.

A day of giving....how great is that! And kindness is contagious!


"They say don’t believe your own hype, but if you don’t why would anyone else? To be great you have to believe you can do great things."
~~ Charley Johnson 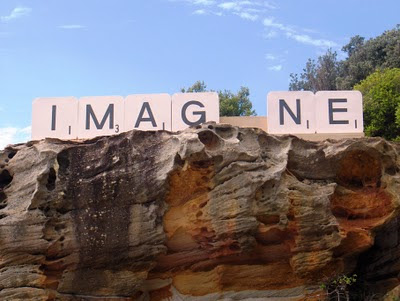 The following was found posted very low on a refrigerator door.

Dear Dogs and Cats:
The dishes with the paw prints are yours and contain your food. The other dishes are mine and contain my food. Placing a pawprint in the middle of my plate and food does not stake a claim for it becoming your food and dish, nor do I find that aesthetically pleasing in the slightest.

The stairway was not designed by NASCAR and is not a racetrack. Racing me to the bottom is not the object. Tripping me doesn't help because I fall faster than you can run.

I cannot buy anything bigger than a king sized bed. I am very sorry about this. Do not think I will continue sleeping on the couch to ensure your comfort, however. Dogs and cats can actually curl up in a ball when they sleep. It is not necessary to sleep perpendicular to each other, stretched out to the fullest extent possible. I also know that sticking tails straight out and having tongues hanging out on the other end to maximize space is nothing but sarcasm.

For the last time, there is no secret exit from the bathroom! If, by some miracle, I beat you there and manage to get the door shut, it is not necessary to claw, whine, meow, try to turn the knob or get your paw under the edge in an attempt to open the door. I must exit through the same door I entered. Also, I have been using the bathroom for years - canine/feline attendance is not required.

The proper order for kissing is: Kiss me first, then go smell the other dog or cat's bottom. I cannot stress this enough!

"The little furry buggers are just deep, deep wells you throw all your emotions into." ~~ Bruce Schimmel

"Man, unlike the animals, has never learned that the sole purpose of life is to enjoy it." ~~ Samuel Butler


The expression on the faces of my cats Wilson and Ellie says it all...do you think they are listening!!! - March 2008 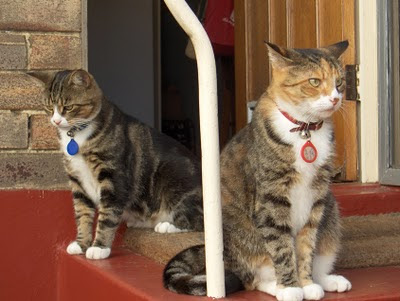 I've learned that the most creative ideas come from beginners - not the experts.

I've learned that worry is often a substitute for action.

I've learned that if you like yourself and who you are, then you'll probably like almost everyone you meet regardless of who they are.

I've learned that everyone has something to teach.

I've learned that you can get by on charm for about fifteen minutes. After that, you'd better know something.

I've learned that the greatest challenge of life is to decide what's important and to disregard everything else.

I've learned that you can't be a hero without taking chances.

I've learned that my greatest fear is that in later years I'll look back at a long list of things I "never got around to".

I've learned that lying in the green grass of an empty field makes you feel so good.

I've learned that if you pursue happiness, it will elude you. But if you focus on your family, the needs of others, your work, meeting new people and doing the very best you can happiness will find you.

I've learned that animals can sometimes warm your heart better than people can.

I've learned that sometimes life hands you situations when all you can do is put one foot in front of the other and live moment to moment.

I've learned that I still have a lot to learn!

"I must learn to love the fool in me the one who feels too much, talks too much, takes too many chances, wins sometimes and loses often, lacks self-control, loves and hates, hurts and gets hurt, promises and breaks promises, laughs and cries."
~~ Theodore Isaac Rubin 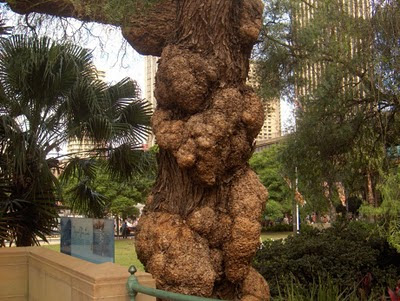 Most of us like to think we have a pretty good idea how others behave. It's one of those basic adult skills, based on self-knowledge, our observation of others and the inherited wisdom of the ages.

Understanding human behaviour; how hard can it be?

Well according to this article I read, it's difficult and many of us go through life with deeply flawed notions of how people feel and behave. Statements/questions like:

"Do you believe most teenagers experience a period of turmoil"
"People use only 10 per cent of their brains"
"Criminal profiling works"
"Do you think individuals commonly repress the memories of traumatic events"
"Men and women communicate in completely different ways".

If we believe these things, we're wrong. But we are not alone!

There are various reasons why such myths become lodged in our minds but at the base of the problem is the simple fact we seem to need a set of such beliefs to function.

But what really caught my attention was the section about happiness and the myth that says happiness is mostly determined by our external circumstances. Meaning if we change those circumstances, we can make ourselves much happier.

According to the "experts" we are each born with a genetically determined "set point" of happiness, a baseline from which we bounce up and down in response to short-term events.

So it appears that most happy people are that way because they're born like that, which, of course, is terribly unfair - another reason many of us would rather believe happiness can be acquired through effort. The brutal conclusion was that "trying to be happier is like trying to be taller".

I do believe when I read one of the greatest of all myths is that the major determinant of happiness is material wealth. The research shows that above a modest level of wealth, money doesn't make much difference. Nor, by the way, do life events. Happy people tend not to experience more awards and promotions.

But it did say enjoying quality time with friends and loved ones, memorable trips with people we care deeply about and special nights out with romantic partners will contribute to our happiness.

Sadness is increasingly seen NOT as a normal part of life but as a weakness, something to be eradicated.

I agree we should embrace those dark parts of our life, they are natural and normal. When we embrace those darker sides of experience, those times when we're sad or sorrowful, we often learn things about ourselves that we would not learn had we simply remained content.

Many myths apparently stem from an overestimation of the role of early life experience and the notion that the first few years of life are somehow much more powerful than the later years.

Other myths stem from the myth of fragility, the idea that most of us are delicate creatures who easily crack in the face of trauma.

We don't hear/read about strength very often, certainly not in the media. There is no drama in buildings that stay up, trains that run on time and people who cope with pressure.

"We can keep from a child all knowledge of earlier myths, but we cannot take from him the need for mythology"
~~ Carl Gustav Jung

Dianne & I, Easter 2010. She is such an inspiration and believes she will beat the horrible cancer that is trying to destroy her body. 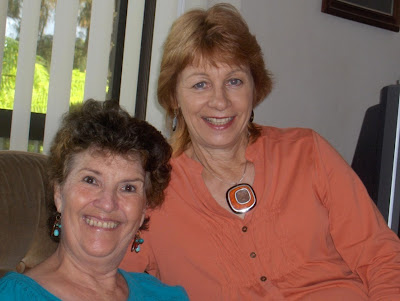