Mamma Mia had one. So did Moulin Rouge and WHAM. Musicals, in fact adore them, with Oliver and Oklahoma each getting their slice of the action. As did Keating and Hello Dolly.

I'm talking about the exclamation mark, that stand-up, shout-out piece of punctuation that stabs the modern message. There's Jeopardy! and Yahoo! And the gossip mag OK!

Back in 1972, when Grease was the word, it didn't need an exclamation mark. The word was enough. Not now.

Nicknamed "screamers" by printers, exclamation marks are cold sores of the keyboard. One peck and the itch goes deeper. Germans have the right idea, using the symbol as a warning on autobahns, a shorthand tip to steer well clear.

As a kid I played a board game called Sorry! and failed to suspect contagion. Help! sang the Beatles, and we never lifted a finger.

Before 1970 the exclamation mark was a three-key operation - full-stop, backspace, then the apostrophe - but that would be unthinkable in these emphatic times.

Research suggests the punctuation to be ironic, a wink at a trend among comedies such as Airplane! and Run, Fatboy, Run!

F.Scott Fitzgerald said "An exclamation mark is like laughing at your own joke." 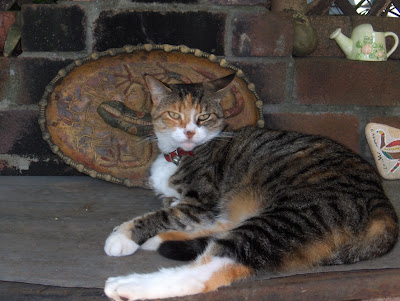 This photo I feel could warrant an exclamation mark or two!! 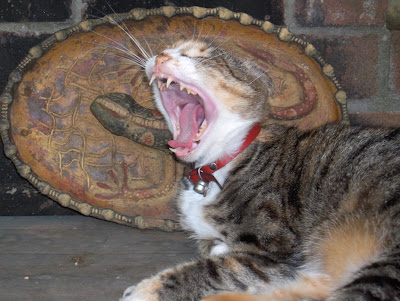 Wow!!! That was worth three marks. Who put a bee in your bonnet?!? (That's my favorite use...Is it a question or an exclamation? I can't decide, so I will use both.)

I took typing classes, but I think by the time I got to that class in High School typewriters had an exclamation point.

Being all sweetness and light can sometimes be a bit suffocating Annemarie....?!?.

Peggy, your music always scares me! I am quietly reading along, scrolling down - boom - aa! I never remember or expect it. You think I'd learn..

don't change anything - I just thought I'd mention it.

I think exclamation points are necessary in today's society (especially on the Internet). You can never have enough.
Same goes for smileys.
ciao!

We also live in an age of one-liners, tweeting, texting, 30 second news bites and other ways to 'dumb down' the culture.
People aren't led to think for themselves.

Funny you should mention "Hello Dolly!". I only saw this for the first time just before Christmas. We watched it in HD on our fairly large flat-screen t.v. and we LOVED it!!! (How's that for exclaiming?)
We're also big fans of "Jeopardy!" and watch it every night to keep the little grey cells in working order.

Hope you are well, Peggy!

HO - Sorry about the music scaring you....sometimes it takes a little while to load. Next time remember when you visit me some type of noise will come out of your speakers!!!!

Annie - Excellent comment!!! Our attention span is so limited these days.

Kat - I was hoping someone would comment on my examples!!!
I am very fortunate to always be in good health, hope the same applies to you!!

Mike - Good comeback mate. It is such a shorthand language we use now, soon we will only be talking in acronyms and symbols! Or maybe that time has arrived and nobody told me!!! T@YL!

Peggy,
You always make me think. I tend to believe that society is already at the point of using symbols and 'text' shorthand. I read an article in a magazine the other day that stated University Professors are having to grade English/spelling because the college kids are submitting papers using texting terms!!!!! (too many?)

I could use the exclamation mark in almost every sentence, I just restrain myself! It really puts just the right emphasis on things. Otherwise there's always emoticons.

Carrie - Interesting about the college kids submitting papers using texting terms....so the day has arrived and I am not surprised at all!
Thanks for your nice comments about my pics.....they make me smile. :)

Christine - I am using the exclamation mark more and more these days and notice that other people are doing the same. It is here to stay along with the emoticons. As we are communicating more through the written word, like you said we need symbols to help express our emotions. :-)
I am pleased I have joined this club and not been left out in the cold. I also bow to Google in helping in the translations.

It's personally my favorite punctuation mark. But when smileys entered my life things changed:c)

Hello dear Steph!
I don't think I could express myself fully without the exclamation mark!
This punctuation mark conveys sooooo much!
I also read that one study has shown that women use exclamation marks more than men do.....why am I NOT surprised!!!!

Okay, I must admit that even I, an English teacher, will misuse the exclamation point from time to time. Okay, often when it comes to blogging and facebooking. It's just that I'm so excited to be saying something! But I draw the line, and I do mean, draw the line, at multiple exclamations. One, I think, is plenty!

(You do hear my enthusiasm when I use the exclamation mark, don't you?)

Hi Roban glad to hear you are 'one of us' when it comes to the exclamation mark. :) (at least in the FB and Blog world)
But as you can see above I love over using the mark because sometimes I feel the need to shout and what better way of shouting than !!!!!

You express yourself so well and enthusiastically Roban you don't need the exclamation mark.
But next time you use it I will know you mean business...LOL

I feel bad as the exclamation point is getting all the glory these days. Poor semicolon has been around for many years and feels left out. Comma and Period hang out with Colon and apostrophe gets in the middle and tries to fit in. Quotes and brackets full out the gang, but they prefer to be on the outside looking in. Cheers to exclamation point, may his reign be exciting!
Blessings to you and yours. Love and Light, Nina P

Oh Nina your poetry is so witty and clever.
You are such a blessing to have around the blogosphere.
May love and light always follow you whereever you go. :)